Worms frozen in permafrost for up to 42,000 years come back to life

Nematodes moving and eating again for the first time since the Pleistocene age in major scientific breakthrough, say experts. 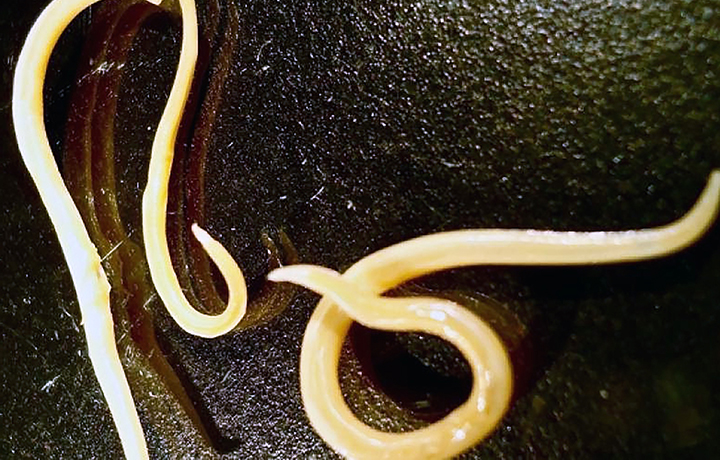 The roundworms from two areas of Siberia came back to life in Petri dishes, says a new scientific study.

‘We have obtained the first data demonstrating the capability of multicellular organisms for longterm cryobiosis in permafrost deposits of the Arctic,’ states a report from Russian scientists from four institutions in collaboration with Princetown University.

Some 300 prehistoric worms were analysed – and two ‘were shown to contain viable nematodes’.

‘After being defrosted, the nematodes showed signs of life,’ said a report today from Yakutia, the area where the worms were found.

‘They started moving and eating.’

One worm came from an ancient squirrel burrow in a permafrost wall of the Duvanny Yar outcrop in the lower reaches of the Kolyma River – close to the site of Pleistocene Park which is seeking to recreate the Arctic habitat of the extinct woolly mammoth, according to the scientific article published in Doklady Biological Sciences this week.

Another was found in permafrost near Alazeya River in 2015, and is around 41,700 years old.

Currently the nematodes are the oldest living animals on the planet.

They are both believed to be female.

Duvanny Yar and Alazeya river marked on the map, Alazeya River, specialists of the Institite of Psycico-Chemical and Biological Problems and Soil Science in Moscow region

The worms came back to life in a laboratory at The Institute of Physico-Chemical and Biological Problems of Soil Science in Moscow region.

The scientists say: “Our data demonstrate the ability of multicellular organisms to survive long-term (tens of thousands of years) cryobiosis under the conditions of natural cryoconservation.

‘It is obvious that this ability suggests that the Pleistocene nematodes have some adaptive mechanisms that may be of scientific and practical importance for the related fields of science, such as cryomedicine, cryobiology, and astrobiology.”

The Department of Geosciences, Princeton University, was also involved.

Did you find apk for android? You can find new Free Android Games and apps.
virus fósil