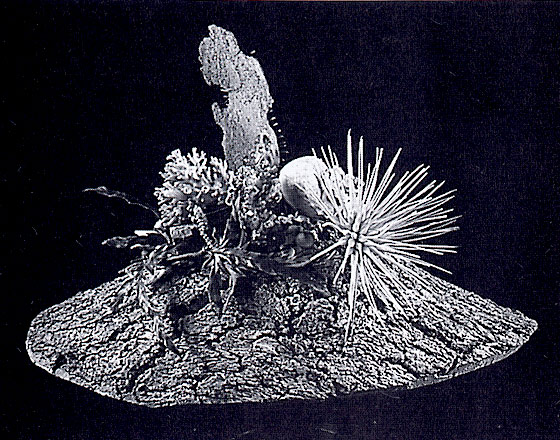 FROM murder to detection is not far. And here is a note on tracking a soup to its source. It was as a result of eating gazpacho in Spain lately that I came to the conclusion that recipes through conquests and occupations have travelled far. After the first ineffable gazpacho was served to us in Malaga and an entirely different but equally exquisite one was presented in Seville the recipes for them had unquestionably become of greater importance than Grecos and Zurbarans, than cathedrals and museums. Surely the calle de las Sierpes, the liveliest, most seductive of streets, would produce the cook-book that would answer the burning consuming question of how to prepare a gazpacho. Down the narrow Sierpes where only pedestrians are permitted to pass, with its deluxe shops of fans, boots and gloves, toys and sweets, its smart men’s clubs on either side whose members sit three tables deep sipping iced drinks and evaluating the young ladies who pass, at the end of the street was the large book shop remembered from a previous visit forty years before. Cook-books without number, exactly eleven, were offered for inspection but not a gazpacho in any index. Oh, said the clerk, gazpachos are only eaten in Spain by peasants and Americans. Choosing the book that seemed to have the fewest French recipes, I hurried back to Zurbaran and Greco, to museums and cathedrals.
At Cordoba, there was another and suaver gazpacho, at Segovia one with a more vulgar appeal, outrageously coarse. There was nothing to do but to resign oneself to an experimental laboratory effort as soon as a kitchen was available. Upon the return from Spain my host at Cannes, a distinguished Polish-American composer, a fine gourmet and experienced cook, listened to the story of the futile chase for gazpacho recipes, for their possible ingredients. Ah, said he, but you are describing a chlodnik, the Polish iced soup. Before he had had time to prepare it for us a Turkish guest arrived and he hearing about the gazpachos and the chlodnik said, You are describing a Turkish cacik. Perhaps, said I. It was confusing. He said he would prepare a cacik for us. It was to be sure an iced soup, but the Turk had not the temperament of a great cook, he should not have accepted olive oil as a substitute for the blander oil of sesame. Then we had the chtodnik, a really great dish worthy of its Spanish cousins. But that was not the end. There was the Greek tarata. Yes indeed, it was confusing, until one morning it occurred to me that it was evident each one of these frozen soups was not a separate creation, Had the Poles passed the recipe to their enemy the Turks at the siege of Vienna or had it been brought back to Poland much earlier than that from Turkey or Greece?
Or had it been brought back by a crusader from Turkey? Had it gone to Sicily from Greece and then to Spain? It is a subject to be pursued. Well, here are the seven Mediterranean soups.

2 cloves of crushed garlic, 2 cucumbers peeled, seeds removed and minutely cubed.
2 tablespoons olive oil.
2 cups water.
2 cups heavy cream.
2 teaspoons cornflour.
1 teaspoon salt,
Mix thoroughly the first three ingredients. Bring the water to a boil with the salt. Mix the cornflour with 3 additional tablespoons water, add to the boiling water. When the cornflour is cooked and the water thickened pour it over the garlic, cucumbers and oil. Let it cool and gradually add the cream. Serve ice-cold.

2 ozs. lean veal cut in small pieces cooked in water to cover.
2 ozs. beets cooked until tender and crushed through a sieve. Keep the water in which they were cooked,
1 teaspoon chives cut in very small lengths.
1 teaspoon powdered dill.
10 prawns, can be replaced by 16 large shrimps.
1 teaspoon salt, 1/2 teaspoon pepper.
1 cucumber peeled, seeds removed and very thinly sliced.
2 cups sour heavy cream.
6 hard-boiled eggs sliced.
Add the cucumber to the beets and the water in which they were cooked, then the veal and its juice. Stir in the sour cream gradually, add the dill, salt and pepper, the chives, the prawns or the shrimps. Add the eggs carefully. Serve ice-cold.

After this chapter was completed further news of gazpacho came from Santiago de Chile in South America. Did the conquistadores take the recipe, along with their horses, to the New World? Señora Marta Brunet, a distinguished Chilean writer, is of Spanish or rather Catalan descent and she describes gazpacho as a meal of the Spanish muleteers. And meal it seems, in this version, rather than soup. These muleteers, she says, carry with them on their journeyings a flat earthenware dish—and garlic, olive oil, tomatoes and cucumbers, also dry bread which they crumble. Between two stones by the wayside they grind the garlic with a little salt and then add the oil, This mixture is rubbed all round the inside of the earthenware vessel. Then they slice the tomatoes and cucumbers and put alternating layers of each in the dish, interspersing the layers with layers of breadcrumbs and topping off the four tiers with more breadcrumbs and more oil. This done and prepared, they take a wet cloth, wrap it round the dish and leave it in a sunny place. The evaporation cooks the contents and when the cloth is dry the meal is ready. Too simple, my dear Watson. 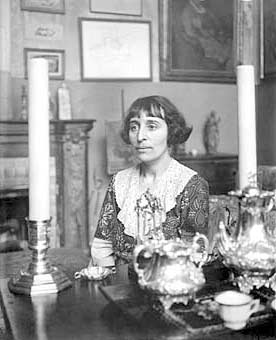 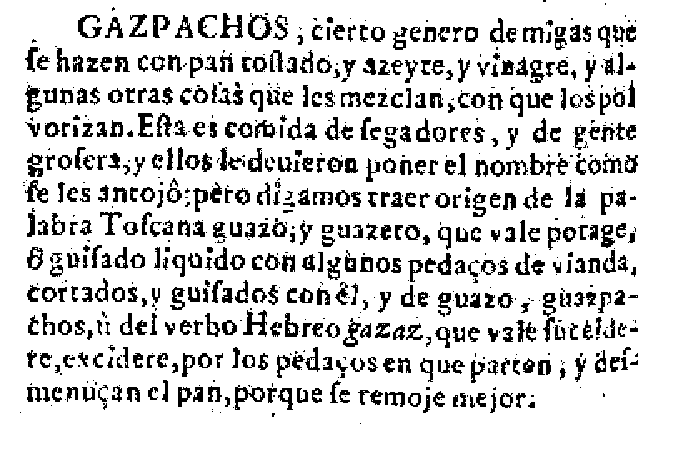