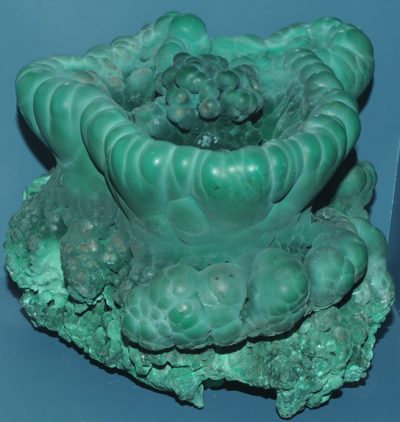 I HEARD THE POET BILL SIVERLY this week say that the essence of modern high technology is to consider the world as disposable: use it and throw it away. The people at this conference are here to think about how to get outside the mind-set that sees the technofix as the answer to all problems. It’s easy to say we don’t need more “high” technologies inescapably dependent on despoliation of the earth. It’s easy to say we need recyclable, sustainable technologies, old a new—pottery making, bricklaying, sewing, weaving, carpentry, plumbing, solar power, farming, IT devices, whatever. But here, in the midst of our orgy of being lords of creation, texting as we drive, it’s hard to put down the smartphone and stop looking for the next technofix. Changing our minds is going to be a big change. To use the world well, to be able to stop wasting it and our time in it, we need to relearn our being in it. Skill in living awareness of belonging to the world, delight in being part of the world, always tends to involve knowing our kinship as animals with animals. Darwin first gave that knowledge a scientific basis. And now, both poets and scientists are extending the rational aspect of our sense of relationship to creatures without nervous systems and nonliving beings—our fellowship as creatures with other creatures, things with other things. Relationship among all things appears to be complex and reciprocal—always at least two-way, back and forth. It seems that nothing is single in this universe, and nothing goes one way.

In this view, we humans appear as particularly lively, intense, aware nodes, of relation in an infinite network of connections, simple or complicated, direct or hidden, strong or delicate, temporary or very long-lasting. A web of connections, infinite but locally fragile, with and among everything—all beings—including what we generally class as things, objects. Descartes and the behaviorist willfully saw dogs as machines, without feeling. Is seeing plants as without feeling a similar arrogance?

One way to stop seeing trees, or rivers, or hills, only as “natural resources” is to class them as fellow beings—kinfolk.

I guess I’m trying to subjectify the universe, because look where objectifying it has gotten us. To subjectify is not necessarily to co-opt, colonize, exploit. Rather, it may involve a great reach outward of the mind and imagination.

What tools have we got to help us make that reach?

In Romantic Things, Mary Jacobus writes, “The regulated speech of poetry may be as close as we can get to such thing—to the stilled voice of the inanimate object or the insentient standing of trees.”1

Poetry is the human language that we can try to say what a tree or a rock or a river is, that is, to speak humanly for it, in both senses of the word “for”. A poem can do so by relating the quality of an individual human relationship to a thing, a rock or river or tree, or simply by describing the thing as truthfully as possible. 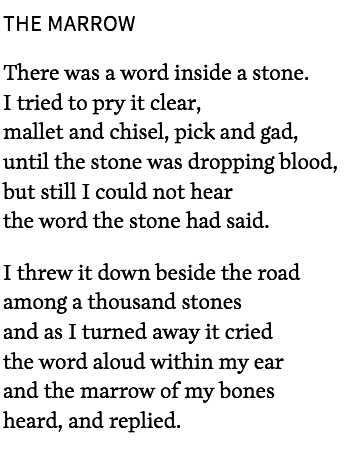 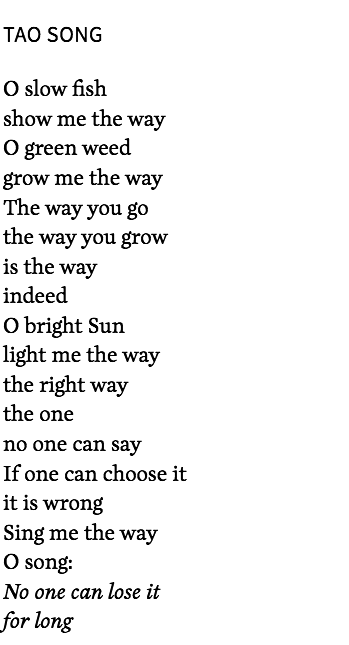 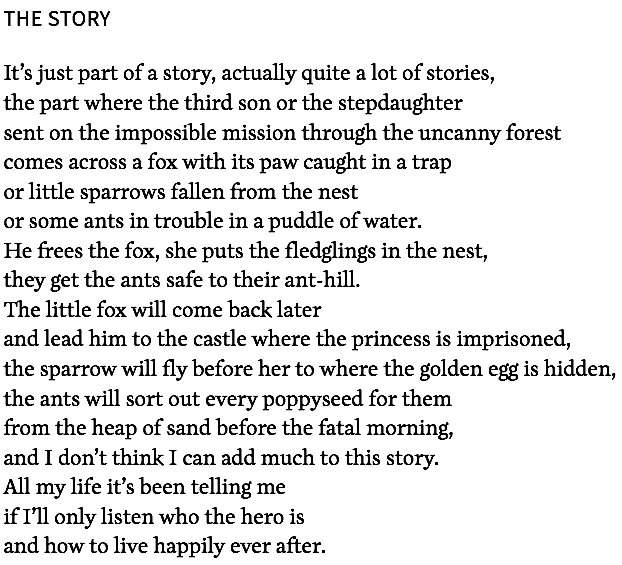 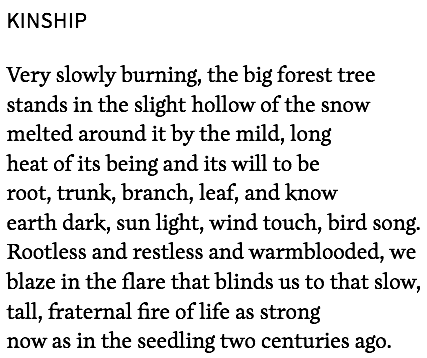 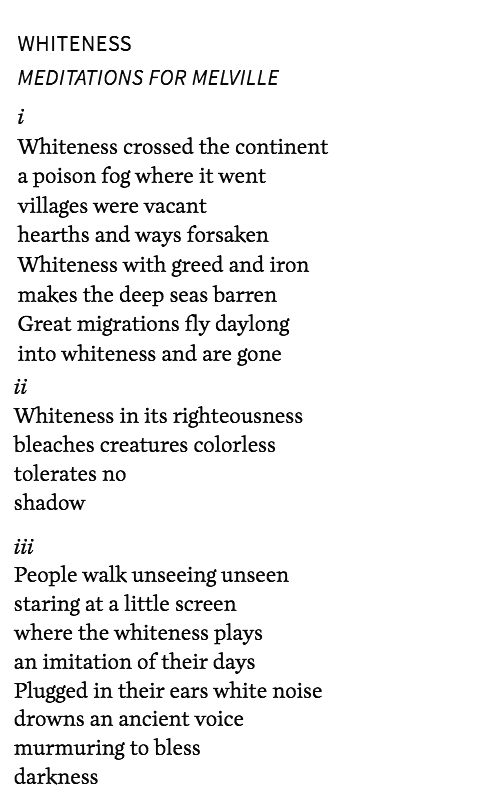 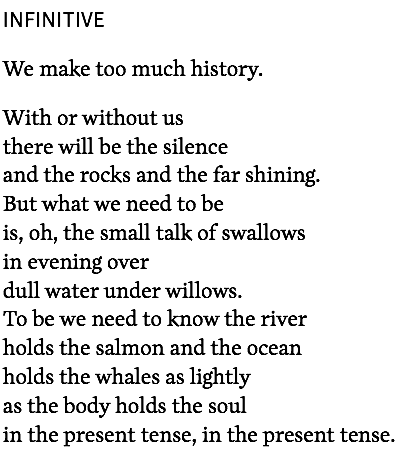 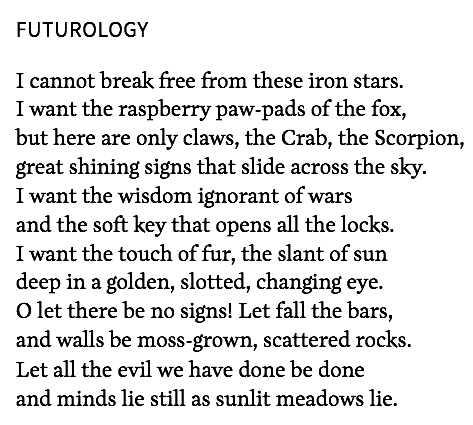 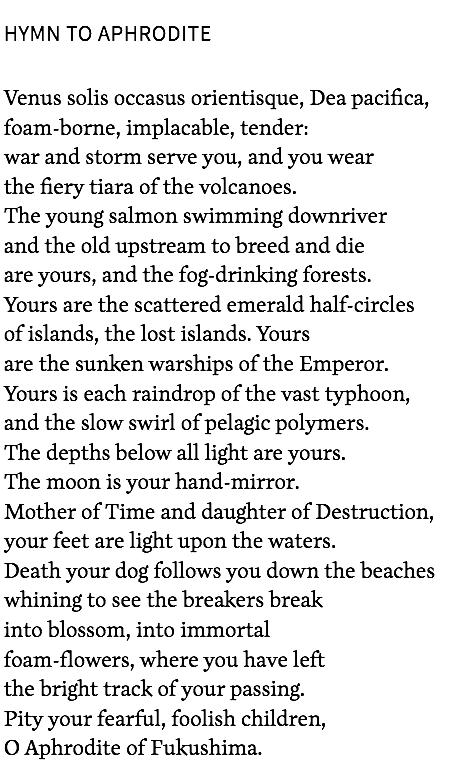 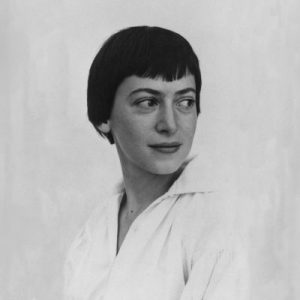